I had technical difficulties with yesterday’s weekly photo challenge post. By the way, who is else is old enough to remember when TV stations would interrupt their broadcasts with the message, “Please stand by – We are having technical difficulties”? For whatever reason, my first entry for the challenge did not have a proper pingback, so I thought I would create another post, this time with a Throwback Thursday angle.

I have plenty of aging images in my photo archive that feature people walking around at fairs and parades. I took the picture below at a county fair ten years ago: 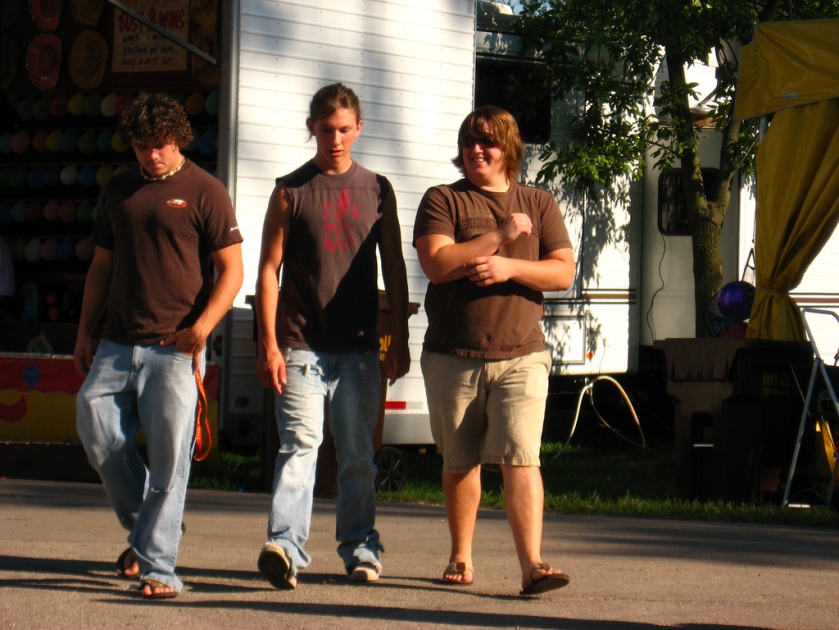 I would guess that this trio was on the verge of starting 11th or 12th grade when I took this picture. Unlike the other cliques of teenagers on parade for their peers that day, this group did not walk in sync. I wonder where life has taken each of them and if their roads diverged, as portended by their steps.

I didn’t move out of my parent’s house for good until I was well into my 30’s. I’d leave for a while and some fiasco or bout of ill health would lead me back. When I moved back for the last time with my daughter along, my parents had a few nickname-worthy neighbors.

One of them was a young man my family privately called David Koresh, who predictably lived on a property known as the Compound. David radiated a half-baked, cult-forming charisma but lacked the looks or vision to exploit this charm. There was a small but shifting cast of characters who’d frequent the Compound.

David tried starting several junking businesses without much luck. For a season, he collected appliances from various curbsides on garbage day, but these washers and the like would end up in pieces on his curb within a fortnight of their arrival.

Somehow he acquired a white cargo van (the kind my mom calls a serial killer van) that barely ran, and he decided that he’d convert it into a pick up for hauling pallets.

Here’s what the van looked like when it appeared at the Koresh Compound:

These pallets were to be made from salvage wood, i.e. hammering together good wood from broken pallets he’d recovered from who-knows-where.

I’d imagine that economy of scale doomed this venture. Some of my parents’ other neighbors could not tolerate the noise and debris from the van make-over. Within days of its transformation into a creeking pick up, the authorities determined it was not street legal (with pressure from the neighbors, of course).

The van/pick up was towed away shortly thereafter. I did take a couple pictures of this gem before it was gone: 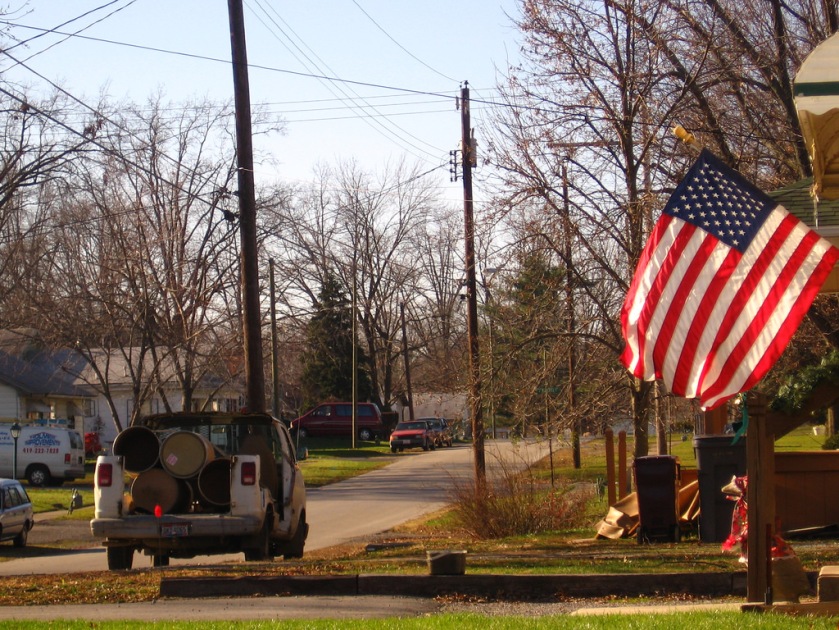