I added a couple of these perennials to my garden just last year, after they’d already started blooming. It seems rather early for its first bloom. Echinacea is such a dependable presence in summer gardens around here that I haven’t paid attention to their usual timing. I think of them as mid to late summer flowers, but I guess I didn’t realize they could endure through part of spring and all of summer. 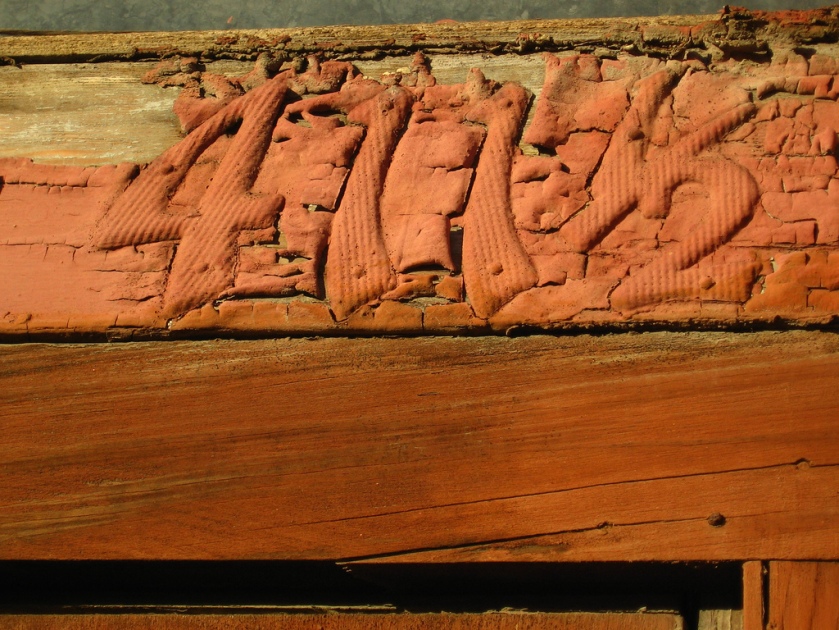 My city is littered with a few row house apartments, and several of them have fallen into disrepair. I noticed one listed in the real estate classifieds a couple years ago, and the asking price was just $40,000, with all four units rented. Maybe these structures lost out to the rise of suburban apartment complexes, with the siren call of dishwashers and steady maintenance service.

My daughter attended a birthday party in a row house situated about a block away from the buildings shown above. The birthday house had gorgeous woodwork inside, all wood floors and staircase. The place had a charm that had not dimmed with time and the sinking economic prospects of its neighborhood.

My family moved into a house right next door to these row houses back in the early 80’s. The term “motley crew” definitely applied to the residents back then. Nearly every car parked on the street, all of which looked impossibly long, had roach clips with feathers hanging from their rear view mirrors. One woman attempted suicide on a random Saturday morning, and the radio resting in her open kitchen window was broadcasting “Only the Lonely” by the Motels as the medics loaded her into the ambulance.

I’ve heard rumors that the row houses on Haller Street have since become crack houses. When I took a walk to take this picture, I did not get the sense that something so malevolent had salted this earth, at least not thorougly. Judging from the chatter I heard, I think the same combo of irreverence and light hedonism that helped their predecessors survive the Reagan years still reigned over this street.

After I took this picture, I could hear two men discussing my appearance as I walked away. One asked the other if I really lived down there, and his friend replied, “No, I haven’t seen her around. I’d remember that ass.”

This bus has something in common with Paul Bunyan from my previous post: it is no longer where it once stood. There used to a collection of rusted Studebakers just north of downtown, but it think they fell prey to code enforcement or the passing of their owner.

I file this one under Abandoned because it was discarded to parts unknown once the small home improvement store upon which he stood went out of business. Who knows, maybe he’s in the living room of the folks who owned that shop, his earnest face a protest against the big box stores (half of which have since went defunct around here, too). By the time I took this picture, he had already lost his axe, and his jeans had worn to an acid-washed finish.

For those of you who have just begun making photography a habit, I recommend that you do take the time to capture the oddball sights you encounter. They may be gone by the time you return. I’ve been taking pictures for 16 years, and about a quarter of the places I’ve snapped no longer look as they did in my pictures, lost to demolition or updates.

As an aside, I’ve been puzzled for years as to why the updates of brand logos seem to erase or obscure their previous versions. Try as I might (and this is just one example), I can’t envision a K-Mart logo from the early 80’s, despite that my family shopped there at least twice a month back then.