I can’t recall a time my family actually finished a bag of fresh grapes. I buy them with the best of intentions and am usually delighted with their jewel tones and bright flavor. Somehow I forget to eat them myself or offer them as a snack, and invariably I will fish the crinkled remainder out of the fridge a fortnight later. This weekend I found a way to ensure that this bounty will actually get eaten eventually: wash, pluck, freeze, and then blend them into a sorbet.

Technically, this is not a sorbet, but instead a frozen fruit puree. It has just two ingredients, frozen seedless grapes and a small amount of water. To freeze the grapes, just rinse and pat them dry. Next pluck each grape off the stem and place in a freezer bag. Freeze for a day, thaw in the microwave for thirty seconds (frozen solid grapes don’t blend well at all, btw), and whip in a blender with a tablespoon of cold water until smooth.

This treat is ready to eat straight from the blender. It is tart, sweet, and refreshing. In this frozen form, all of the complexity of the grape’s flavor is apparent and can be savored slowly. It costs about 50 cents a serving.

Thaw grapes for 30 seconds in microwave or for 15 minutes at room temperature. Put grapes and water in blender or food processor and pulse until smooth.

Yesterday my daughter and I shopped at Goodwill. She’d asked me to go there several times since I showed her my haul from my last trip there, but various other errands seemed more pressing until yesterday. Part of me was in disbelief that she was volunteering herself for secondhand shopping. This must have been the sentiment that drove my dad to check if I had a fever when he’d spot me vacuuming as a teenager. Whatever caused this change of heart (she used to complain that she felt imprisoned when I’d lose track of time combing through the racks at thrift stores), I’m grateful for her sudden enthusiasm. If not for this change, we would not be the proud owners of a t-shirt that shows Mt. Rushmore redone with cats. 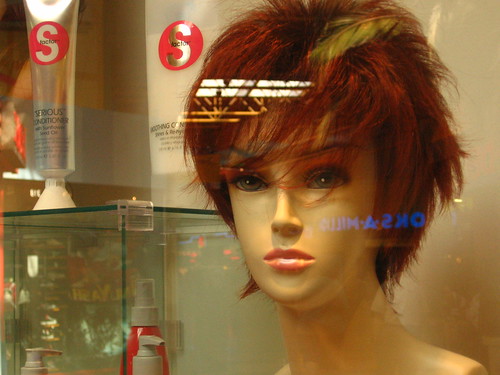 I have a simple strategy for saving money: shop less. When I hear a commercial about how I can save $10 off a $50 purchase this weekend only, I consider that I can save $50 by not going to that store at all.

I do not write this to imply that I look down on consumerism in general. I am part of a capitalist economy, where I can’t completely escape the principle stated so well by Bobbi Fleckman in the movie This is Spinal Tap, “Money talks and bullshit walks.”

I am not above wanting to enjoy the fruits of my labor through buying something special I want but do not need. I have found that shopping less is the quickest route to getting those things. Instead of having lots of things I bought at a good price but didn’t really want, I have less things that satisfy me more. Over time I have bought less because I have grown to feel like I have bought everything I ever wanted. Before I buy anything, I consider if I would purchase that item if it were not being sold at a discount.

Consider all the things you have that you wouldn’t have bought at full retail. Imagine still having all the money you spent on those things.

I used to be caught in a trap of stockpiling deals, clipping coupons and watching sales. The result? Less money to buy the things I really wanted, less satisfaction with the things I had and certainly less gas in my gas tank. I was stuck in a vicious cycle of wanting and buying more.

I was so ruled by getting more at the best cost that I actually used it as an excuse to stay in a dead end relationship. At the time, my daughter was just a baby, and I devoted a lot of my mental energy to the task of buying as much food for as little money as possible. I was driven to stock up against some future calamity, such as her father losing or quitting his job. I buried my unhappiness with him by chasing deals. For a couple months, I made the excuse of staying in the relationship because in leaving I would abandon a deep freezer full of meat and dinner deals.

When I ran out of room to hoard more bargains in the kitchen, I then made a silent ultimatum, that I would wait until the deep freezer was empty to see if this relationship would become tolerable. By the time the freezer was half full, reality intervened, and I ended the relationship. I also decided to part with 90% of my possessions because I was beginning a new part of my life where I would no longer let my attachment to things drive important choices in my life.

I remembered, “Don’t worry about tomorrow, for tomorrow will take care of itself” (Matthew 6:34). I have not regretted my choice. I am not burdened with an unhappy situation or tethered to so much junk.

I value simplicity when I cook. Although I enjoy reading many recipes, I typically cook without one. Often there are ingredients in recipes I can’t tolerate due various food intolerances and aversions, so I improvise based on culinary reading and past cooking experiences. I cooked this meal a couple days ago, and I was pleased that something so simple had a satisfying result.

Place chopped cabbage into dutch oven over medium low to medium heat. Empty undrained tomatoes and mushrooms into pot and stir gently into cabbage. Place the ham on top of the cabbage so it looks a bit like a bird sitting on a nest. Cover and simmer for 45 minutes to an hour. You may wish to lower the heat if the pot starts steaming out of the lid to prevent having a home perfumed with cabbage. For each serving, use a meat fork to pluck out a few slices of ham and then fill most of the rest of your plate with the cabbage mixture. Serve with cornbread.

I have a few recipes for inexpensive, diet-friendly dishes. Back when I was broke (not so many years ago), I made a goal of seeing how little money I could spend on cooking and still create something nutritious. This soup was part of that quest. The butter can be omitted, but I think adding a little fat helps with flavor and nutrient absorption. Of course, this recipe can be varied. I’ve found that mushrooms and a 1/2 cup of cooked barley are nice additions.

Melt the butter in a dutch oven and cook the onion over medium heat for five minutes. Next add the celery and carrots and cook for fifteen minutes more. Adding the remaining ingredients and simmer until the vegetables are tender. Remove bay leaf before serving.

I plugged this recipe into a recipe calorie calculator at caloriecount.com and these were the results if the recipe were divided into 12 servings: