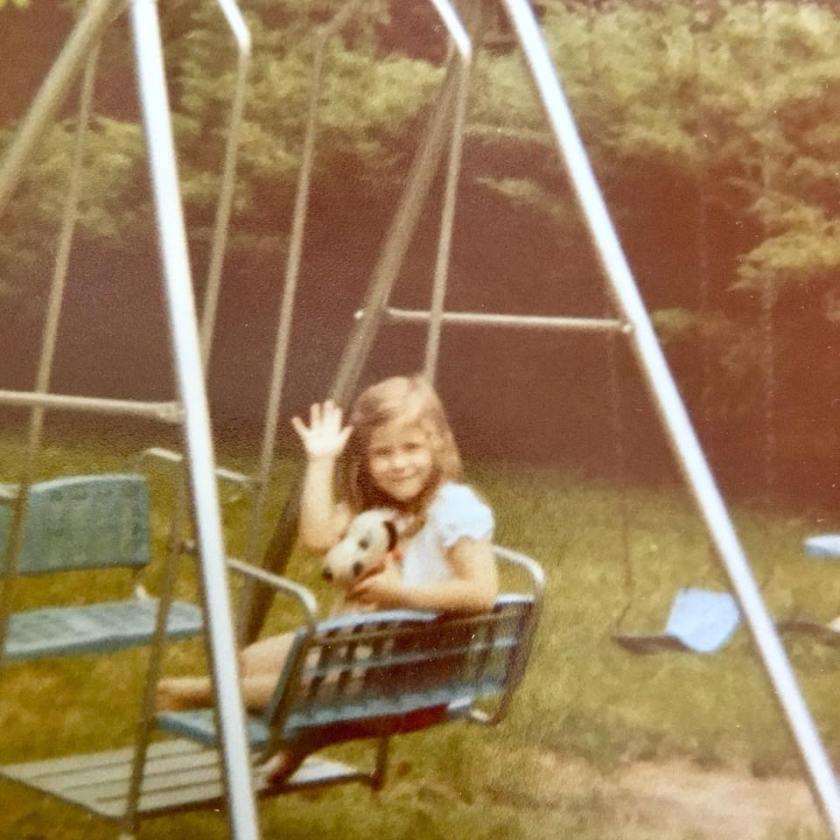 The music of childhood can resonate for years. There are some songs from those years that can evoke just how I felt the first time I heard a particular song. Al Stewart’s “Year of the Cat” is one of them.

I think I was watching a rainstorm from the picture window of our living room in suburban Indianapolis when I first heard that one. The photo above was taken right around the same time; Snoopy was my likely companion for this reverie, too. I recall that the song transported me to a wistful feeling that was novel at the time, like I was longing for the future as someone older might long for a time in the past. I sensed that rainy days were good for solitude so one could reflect on curious feelings and things, like what happened to the toy elephant in that made several appearances in the pictures of my sister taken before I was born? One of my earliest memories was breaking something, like the sound of its shattering awoke me into conscious memory. Had I broken that elephant?

The song itself seems to be just as lost in time as my feelings were on that day. I feel like there’s an underlying sense of the British trying to find their place in a postcolonial world. That has little relevance to a American in the Midwest, except that sometimes I do feel like I am living in an outpost of a bygone empire.

Today has been just as rainy as that afternoon when I watched the storm from the picture window of our living room in the late 70’s. I heard this song as I drove home from work today and knew that it was the right music for this day that was 40 years in the future from that afternoon.

One thought on “Year of the Cat”